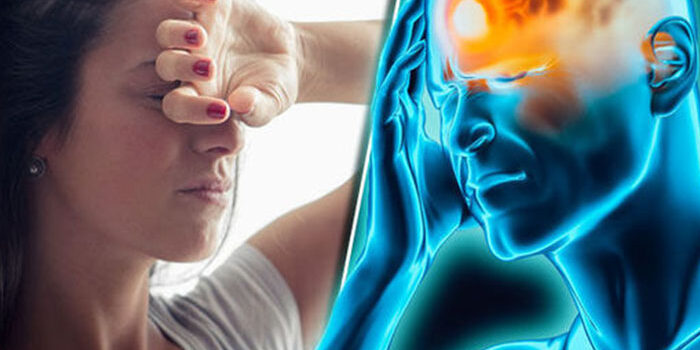 Headaches are of course annoying, but migraine headaches are even worse. When there is pressure or pain in your head, it’s indistinguishable, whether it’s a regular headache or a migraine headache. So, let’s shed some light on what is a migraine and its causes? What are migraine headache symptoms? A migraine is considered a neurological condition that gives rise to multiple symptoms. Migraines may develop due to imbalances in brain chemistry or because of physical changes. The key is to become proactive and identify the triggers to avoid their outbreak.

What is a migraine exactly?

A migraine can be defined as a debilitating type of headache that can be extended from a few hours to a few days. At the start of a migraine, overactive nerve cells transmit impulses to the blood vessels, which initiates the release of certain hormones, such as serotonin, prostaglandins, and estrogen. These hormones, once released, cause the blood vessels near the nerve endings to swell, resulting in a migraine. Once a migraine occurs, the probability that it may reappear increases with each event.

Migraine pain can be explained as throbbing or pulsing and usually begins on one side of the head, which can be worsened by physical activity, sound, and light. The person may become sensitive to light, sound, and even smells. The individual may also experience nausea and vomiting.

Symptoms of migraine include:

Dull aching or intense throbbing pain on one side of your head or both sides
Nausea or vomiting
Variation in vision, blurred vision, or blind spots
Nasal congestion
Feeling cold or sweaty
Pain that worsens with physical activity
Elevated sensitivity to light, noise, or smells.
Feeling tired and/or confused
Stiff or tender neck
Spinning head

Traditional medical practitioners are not aware of what causes migraines. It is widely accepted that migraine headaches may be caused partly by changes in the level of a hormone called serotonin. When serotonin levels are high, blood vessels compress. When serotonin levels fall, the blood vessels widen. This swelling might cause pain or other problems. Another study suggests migraine headaches go along with a spreading pattern of electrical activity in the brain. Some research suggests the possibility of a genetic factor for migraines, meaning they may run in families. Researchers have identified some genes correlated with migraines. They are unaware, though, why these genes seem to affect some people more than others. We can conclude a combination of factors such as genetic, environmental, and lifestyles cause migraines.

Women are more inclined to have chronic migraines. It is likely linked to hormones, as their levels fluctuate each month around the time of the menstrual period. They can also shoot up if you are pregnant or going through menopause.

How is a migraine triggered?

Migraines can be triggered by the following reasons:

Some elements make you more likely to get migraine headaches (called “risk factors”). Several factors make you more susceptible to having migraines, including:

Family history: If someone in your family gets migraine headaches, you’re more likely to inherit them.

Age: Migraine headaches can hit at any point in your life, though the first often occurs during adolescence. The headaches are at their peak in the thirties, and severity decreases later in life.

Gender: Women are susceptible to get migraines three times more than men

Hormonal changes: For women experiencing migraines, headaches tend to begin right before or shortly after the onset of menstruation. They might also change during pregnancy or menopause.

Migraines without an aura are the most common type of migraine, which is often called a “common migraine” or “episodic migraine.” Typical symptoms are a pulsating headache of moderate-to-severe intensity on one side of the head, which can be intensified by routine physical activity, nausea, and sensitivity to light (photophobia) and sound (phonophobia). The headache lasts for 4 to 72 hours typically. More disabling and frequent attacks are experienced by people who have migraines without aura. Even a simple physical activity like walking upstairs can increase the strain.

An aura signifies that a migraine is about to begin. Also, an aura may appear even before or after the pain of a headache. Auras can last from 15 to 60 minutes. About 15 to 20% of people who experience migraines have auras. Auras can affect vision, producing symptoms such as:

Auras can affect your other senses too. Other notifying symptoms include tingling in the arm or face, ringing in the ears (tinnitus), speaking abnormalities, smell changes (such as strange odors),  or taste.

A vestibular migraine is also known as migraine-associated vertigo or migrainous vertigo. People who have a history of migraines may experience vestibular migraine, a nervous system problem that causes repeated dizziness (or vertigo).

Unlike normal migraines, the person may not always have a headache. The main symptom is dizziness. Your hearing and balance are controlled by the vestibular, the inner ear. If you’re having a vestibular migraine, you may feel the following conditions:

This migraine can cause extreme pain in your abdomen instead of a headache. This is more common in children than adults. The pain can be moderate or severe. Pain is experienced in the middle of the stomach, prominently in the belly button area.

Acephalgic migraine or migraine without headache

Acephalgic migraines happen when a person has an aura but doesn’t get a headache. The individual experiences aura symptoms but no associated headache, and it’s common, especially in older individuals.

Hemiplegic migraine involves symptoms like loss in the strength of the muscles, usually on one side of the body, disturbances in speech and vision, and other symptoms that often mimic a stroke.

A hemiplegic migraine is similar to a migraine with aura. But in this special case, the aura causes certain muscles to get weak. The fatigue is felt on one side of the torso, and it can be mild to severe in range. Some people with hemiplegic migraines only experience a minute difference in strength when they get a migraine, while others have symptoms so intense that they can’t even walk or move. Like other migraine auras, the weakness caused by hemiplegic migraine subsides completely when the migraine is over. But it can last up to 72 hours.

Retinal migraines typically affect eyesight in one eye. Partial or full loss of eyesight can occur as well as pain behind the eye. It is very rare to find this form of migraine with aura. It is assumed that blood vessel spasms in the retina or changes in the retina nerve cells may cause these migraines.

The symptoms of retinal migraine include:

Loss of partial or complete vision in one eye only
Seeing flashing lights, zigzag lines, or blind spots
Visual loss followed by a typical headache

One of the very rare and serious migraine variants is status migrainosus. It typically causes migraine attacks so severe and prolonged (usually lasting for more than 72 hours). Because of prolonged vomiting and nausea, other complications arise.

Migraines can significantly impact daily life, making it difficult for a person to work or perform regular life activities. Identifying the primary triggers can often help reduce the frequency or severity of occurrences. Knowing how to prevent migraines can often be the first step in managing them. Fortunately, there are some ways to avoid a migraine and other ways to help you manage and endure the symptoms. Contact Health experts like certified biomagnetism therapists, who will be able to give you proper guidelines to lead a healthier life. Give biomagnetic therapy a chance to help your body heal naturally. Biomagnetism, along with lifestyle changes, may be combined with other techniques in combination to help you feel better faster.

For further readings on Biomagnetism and its real life stories https://usbiomag.com/what-is-biomagnetism/